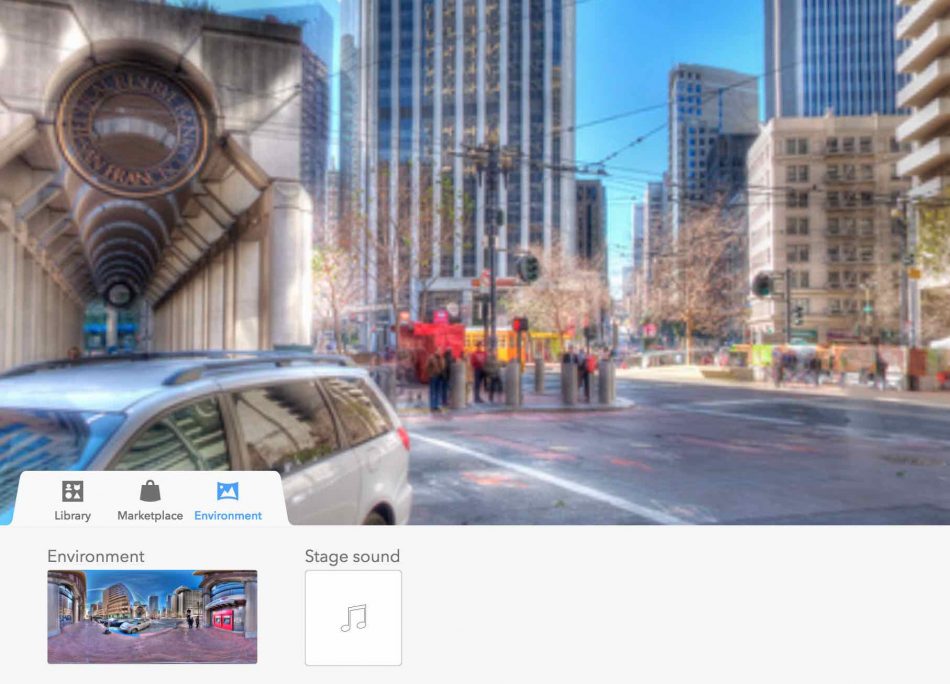 One of the most useful features of CoSpaces is the ability to add 360 degree images very easily.  This allows teachers and students to create many interesting kinds of virtual reality creations, from virtual tours in cities around the world — to field trips to famous sites or landmarks in nature.

In this guide, I’ll show you how you can do this in under 5 minutes.

First, create or login to your account in CoSpaces and create a new space. You need to either obtain or make a spherical 360 degree image.  If you want to make your own, the easiest way is to create a photosphere using a 360 degree camera like a Ricoh Theta S.  You can also make your own using various apps (e.g. Google Streetview).

If you don’t have a way to make your own 360 image, you can also easil find good 360 spherical images from various sources on the Web, including Flickr.  Be sure that you have the proper permissions to use the photos, however, as some images are not royalty free or may have copyright restrictions. Let’s say we download a nice 360 photosphere from Flickr.  After downloading a file to your computer, we now use this in our CoSpaces scene.